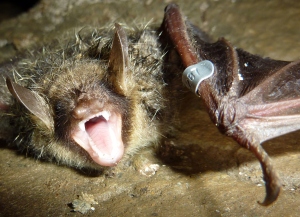 For the second year running, I was lucky enough to be invited to join, and help out with, an annual research project that monitors a local colony of rare tube nosed bats.

Catching, tagging, weighing and recording data is the order of the day. I mostly helped out with putting tagged bats back in safe places where they could get over the trauma of being ‘researched’.

Here’s a selection of photo collages from the day. A full album can be found here.

END_OF_DOCUMENT_TOKEN_TO_BE_REPLACED

More haikyo for you today, in fact a double bill of  two significantly different types of  haikyo .

The first is a well-known, and very public, old rail line near Takarazuka.

The second is a Japanese style hotel about three hours train ride away from where I live.

So let’s start with the train line.

END_OF_DOCUMENT_TOKEN_TO_BE_REPLACED

Fifteen Froggies of my Own

In honour of getting a comment from Michael (aka: Gakuranman, who has some fantastic hikyo posts on his site) on my recent Haikyo – Starting Small entry I’ve decided to do a tribute to his latest blog post Fifteen Fantastic Froggie Fotos and post fifteen frog fotos of my own.

15 froggy points if you can guess which picture wasn’t taken in Japan! END_OF_DOCUMENT_TOKEN_TO_BE_REPLACED

Satoyama is a term used to describe the land between the mountains and the arable farming land.

Typically satoyama landscapes are a balanced mix of  forested areas and terraced rice fields irrigated by water running off the mountains on the lower slopes of the mountains. Satoyama ideally see man and nature working together, with forestry and agriculture managed to encourage a wide range of biodiversity.