Costumes Special – The Doctor Who Experience

I’m back! And as a special treat for you all (before I get back to blogging Japanese haikyo, yokai and costumes) here’s something decidedly English for you.

I had the good fortune to be able to stop by the Doctor Who Experience in London while I was passing through and snap a few pictures of the classic costumes and creatures on display there.

The ‘experience’ is divided into two parts a mini-adventure guided by the current Doctor (Matt Smith) via a series of special video appearances. Apparently he’s gone and got himself locked in another Pandorica (‘They had a spare.’ he laments), so it’s up to us to save him, by running around lots of corridors and themed rooms such as – an intergalactic museum, TARDIS interior, a dalek mother ship and so on. END_OF_DOCUMENT_TOKEN_TO_BE_REPLACED 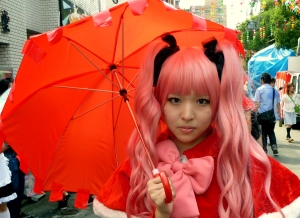 For a few years now Nagoya has hosted the annual World Cosplay Summit, making is a Mecca for costumed cuteness every August.

Growing from humble beginnings in 2003 it’s now become a large event spread over two days and featuring a number of international teams.

END_OF_DOCUMENT_TOKEN_TO_BE_REPLACED

I first saw Ken Ketsu in Tokyo about four years ago and he’s been my favorite Japanese Mascot ever since. 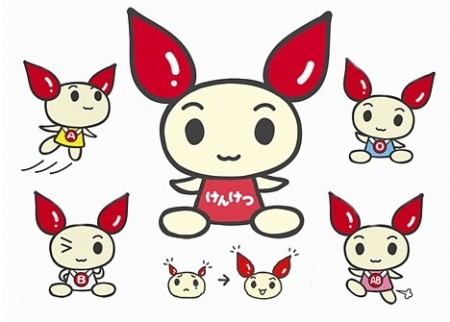